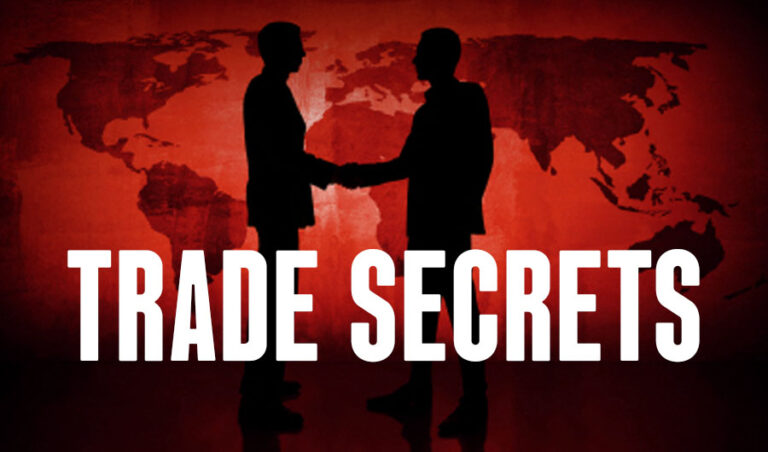 Recent news in the world  of industrial espionage and trade secrets:

….A Winchester, Kentucky man admitted in federal court that he conspired to share confidential information about his employer’s brake pads with another company.

Lewis admitted that, between 2006 and 2007, he e-mailed trade secrets concerning the specifications of brake pads, which information is the property of Lewis’s former employer, Brake Parts International Inc.

According to the plea agreement, Lewis was paid thousands of dollars by a Canadian company for this information. . . .

Editor’s Note: An earlier version of this story incorrectly reported that E.I. du Pont de Nemours & Co.’s chemical TiO2, which is at the center of an international espionage case, is used in the manufacturing of Oreo cookies. DuPont says the product is not used in food. Mondelez International, which makes Oreos, said in a statement to ABC News that it does not “share specifics on our product formulas.”

The conviction of two men for conspiring to sell whitening-chemical trade secrets to China “was a shot heard around the world,” a former federal prosecutor told “Good Morning America.”

“This was a very important case for the U.S. government to bring,” Stanley L. Friedman said. “It’s a message to foreign countries they can’t spy on the U.S.”

The conviction by a federal jury in San Francisco this week centered on trade secrets at E.I. du Pont de Nemours & Co., whose headquarters is in Delaware.

DuPont’s chloride-route titanium dioxide, or TiO2, is a “valuable” white pigment that has been used in materials such as paints, plastics and paper, the government’s indictment states. A similar chemical reportedly is used in the creamy filling of Oreo cookies, but DuPont says its product is not used in food.

The jury found Americans Walter Lian-Heen Liew and Robert Maegerle guilty of conspiring to steal trade secrets from DuPont regarding its titanium dioxide technology and sold those secrets for “large sums of money,” allegedly more than $20 million in total, to state-owned companies of the People’s Republic of China, the FBI said.

Since DuPont developed the use of the chemical in the 1940s, the company accounts for about one-fifth of all global TiO2 sales, the indictment said. The world’s largest producer of TiO2 pigment manufactures it at plants in the United States, Mexico and Taiwan. . . .

Building off his 2012 acting performance on the CBS show “Undercover Boss,” where he transformed into his alter ego, rank and file Modell’s employee “Joey Glick”—complete with a shaved head, fake mustache and exaggerated New York accent—Mitchell Modell allegedly appeared at a Dick’s store in Princeton, New Jersey in February and identified himself to the store manager as “Joseph” (perhaps a derivation of Joey Glick?), a Dick’s Senior Vice President.

According to the suit, Modell told store management that he was there to meet with Edward Stack, Dick’s Chairman and CEO, and while waiting for this supposed appointment, Modell requested and received access to the store’s private back-room and obtained Dick’s confidential and proprietary information and trade secrets.

The allegedly stolen information includes Dick’s processes and procedures for inventory handling, the planned pricing and quantity of inventory in each store, key store-level metrics and other areas of focus such as overall customer satisfaction scores, the marketing of Dick’s private label credit card program and add-on sales such as warranty programs, and the specific manner in which Dick’s executes at the store level on its omni-channel initiatives such as its “Ship from Store” online fulfillment program. . . .

Trend Micro researchers have uncovered yet another cyber espionage campaign targeting a wide variety of industries including energy, finance, security and defense, and healthcare.

Dubbed “Siesta” on account of the periods of dormancy the delivered malware is ordered to enter at regular intervals, the campaign starts with malicious emails delivered to the target company’s executives.

The “From” email address is spoofed to make it look like the email was sent by another company employee, and the message contains a malicious link that the recipient is urged to follow.

“The attacker serves the archive under a URL path named after the target organization’s name (http://{malicious domain}/{organization name}/{legitimate archive name}.zip,” the researchers noted, and the downloaded file contains an executable masquerading as a PDF document.

“When executed, it drops and opens a valid PDF file, which was most probably taken from the target organization’s website. Along with this valid PDF file, another malicious component is also dropped and executed in the background,” they explained. . . . .

DuPont Co. (DD)’s secrets for cleanly manufacturing the ubiquitous white pigment found in paper and plastics were stolen and sold to a Chinese company by a California engineer, a jury said, handing a conviction to U.S. prosecutors cracking down on economic espionage.

Walter Liew, 56, a consultant who rose from a farm in Malaysia to earn $28 million from contracts with a Chinese company, was found guilty by federal jurors in San Francisco of 22 counts of economic espionage, trade secret theft, witness tampering and making false statements.

Relentless Chinese Espionage Against US companies