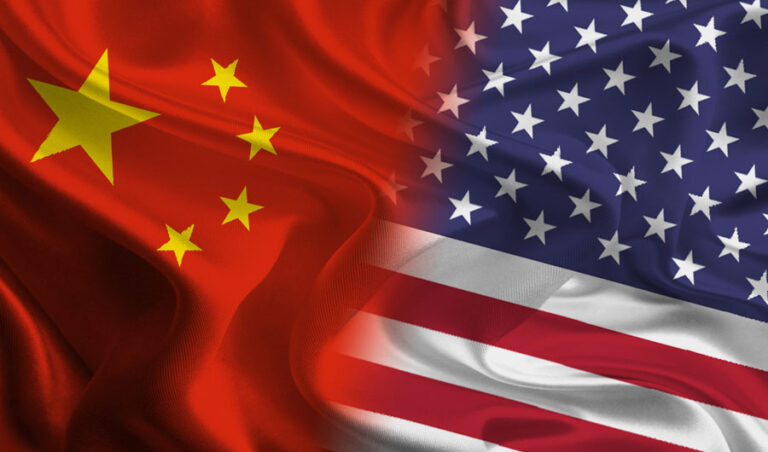 An American selling America out for $3 million:

“His greed drove him to exploit his access to America’s secrets to line his own pockets.” — Ronald C. Machen Jr., U.S. attorney in Washington

(CNN) A civilian guard at a new U.S. consulate in China pleaded guilty on Thursday to attempting to sell Chinese security officials photographs and access to the compound so they could plant listening devices.

According to a court proffer, Bryan Underwood had lost a significant amount of money in the stock market and hoped to make between $3 million and $5 million by supplying classified photos and information to China’s Ministry of State Security.

Underwood, 32, appeared in federal court in Washington and pleaded guilty to one count of attempting to communicate national defense information to a foreign government.

Under the terms of a plea agreement, the government agreed to drop charges that Underwood made false statements and that he failed to appear at a court hearing last year.

In the court proffer signed by Underwood, he admitted writing a letter last year addressed to the Chinese Ministry of State Security.

“I know I have information and skills that would be beneficial to your offices (sic) goals,” Underwood wrote. “And I know your office can assist me in my financial endeavors.”

Underwood tried to deliver the letter to China’s Ministry of State Security (MSS) but a guard turned him away and would not accept the letter.

According to court documents, Underwood then “left the letter in the open in his apartment hoping that the MSS would find it. He believed the MSS routinely conducted searches of apartments occupied by Americans.”

Prosecutors said that Underwood’s job was to protect the U.S. Consulate in Guangzhou. . . .  (read the rest)

Bryan Underwood, a former civilian guard at a U.S. Consulate compound under construction in China, pleaded guilty today in the District of Columbia in connection with his efforts to sell for personal financial gain classified photographs, information, and access related to the U.S. Consulate to China’s Ministry of State Security (MSS).

At a hearing today before U.S. District Judge Ellen S. Huvelle, Underwood pleaded guilty to one count of attempting to communicate national defense information to a foreign government with intent or reason to believe that the documents, photographs, or information in question were to be used to the injury of the United States or to the advantage of a foreign nation.

Underwood, 32, a former resident of Indiana, was first charged in an indictment on August 31, 2011, with two counts of making false statements and was arrested on September 1, 2011.

On September 21, 2011, he failed to appear at a scheduled status hearing in federal court in the District of Columbia. The FBI later located Underwood in a hotel in Los Angeles and arrested him there on September 24, 2011.

On September 28, 2011, Underwood was charged in a superseding indictment with one count of attempting to communicate national defense information to a foreign government, two counts of making false statements, and one count of failing to appear in court pursuant to his conditions of release. Sentencing for Underwood has been scheduled for November 19, 2012.

He faces a maximum potential sentence of life in prison.

“Bryan Underwood was charged with protecting a new U.S. Consulate compound against foreign espionage, but, facing financial hardship, he attempted to betray his country for personal gain,” said Assistant Attorney General Monaco. “This prosecution demonstrates that we remain vigilant in protecting America’s secrets and in bringing to justice those who attempt to compromise them.”

“Bryan Underwood was determined to make millions by selling secret photos of restricted areas inside a U.S. Consulate in China,” said U.S. Attorney Machen. “His greed drove him to exploit his access to America’s secrets to line his own pockets. The lengthy prison sentence facing Underwood should chasten anyone who is tempted to put our nation at risk for personal gain.”

“Bryan Underwood sought to benefit from his access to sensitive information, but his attempted betrayal was detected before our nation’s secrets fell into the wrong hands,” said FBI Assistant Director in Charge McJunkin. “Together with our partners, the FBI will continue to work to expose, investigate, and prevent acts of espionage that threaten our national security.”

“The close working relationship between the U.S. Department of State’s Diplomatic Security Service, the FBI, and the U.S. Attorney’s Office resulted in the capture and conviction of Bryan Underwood before he could harm the security of our country,” said Assistant Secretary of State Boswell. “The Diplomatic Security Service is firmly committed to thoroughly investigating all potential intelligence threats to our nation.”

According to court documents, from November 2009 to August 2011, Underwood worked as a cleared American guard (CAG) at the construction site of a new U.S. Consulate compound in Guangzhou, China.

Underwood received briefings on how to handle and protect classified information as well as briefings and instructions on security protocols for the U.S. Consulate, including the prohibition on photography in certain areas of the consulate.

In February 2011, Underwood was asked by U.S. law enforcement to assist in a project at the consulate, and he agreed.

In March 2011, Underwood lost a substantial amount of money in the stock market.

According to court documents, Underwood then devised a plan to use his assistance to U.S. law enforcement as a “cover” for making contact with the Chinese government.

According to his subsequent statements to U.S. law enforcement, Underwood intended to sell his information about and access to the U.S. Consulate to the Chinese MSS for $3 million to $5 million.

If any U.S. personnel caught him, he planned to falsely claim he was assisting U.S. law enforcement.

As part of his plan, Underwood wrote a letter to the Chinese MSS expressing his “interest in initiating a business arrangement with your offices” and stating, “I know I have information and skills that would be beneficial to your offices [sic] goals. And I know your office can assist me in my financial endeavors.”

According to court documents, Underwood attempted to deliver this letter to the offices of the Chinese MSS in Guangzhou but was turned away by a guard who declined to accept the letter.

Underwood then left the letter in the open in his apartment hoping that the Chinese MSS would find it, as he believed the MSS routinely conducted searches of apartments occupied by Americans.

In May 2011, Underwood secreted a camera into the U.S. Consulate compound and took photographs of a restricted building and its contents. Many of these photographs depict areas or information classified at the secret level.

Underwood also created a schematic that listed all security upgrades to the U.S. Consulate and drew a diagram of the surveillance camera locations at the consulate.

In addition, according to his subsequent statements to U.S. law enforcement, Underwood “mentally” constructed a plan in which the MSS could gain undetected access to a building at the U.S. Consulate to install listening devices or other technical penetrations.

According to court documents, the photographs Underwood took were reviewed by an expert at the State Department’s Bureau of Diplomatic Security who had original classification authority for facilities, security, and countermeasures at the U.S. Consulate.

The expert determined that many of the photographs contained images classified at the secret level and that disclosure of such material could cause serious damage to the United States.

In early August 2011, Underwood was interviewed several times by FBI and Diplomatic Security agents, during which he admitted making efforts to contact the Chinese MSS, but falsely claimed that he took these actions to assist U.S. law enforcement.

On August 19, 2011, Underwood was again interviewed by law enforcement agents, and he admitted that he planned to sell photos, information, and access to the U.S. Consulate in Guangzhou to the Chinese MSS for his personal financial gain.

The U.S. government has found no evidence that Underwood succeeded in passing classified information concerning the U.S. Consulate in Guangzhou to anyone at the Chinese MSS.

This investigation was conducted jointly by the FBI’s Washington Field Office and the State Department’s Bureau of Diplomatic Security.

The prosecution is being handled by the U.S. Attorney’s Office for the District of Columbia and Trial Attorney Brandon L. Van Grack from the Counterespionage Section of the Justice Department’s National Security Division. 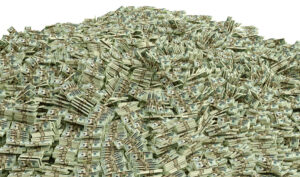 DICE Man at the Impact 2013 Conference in April 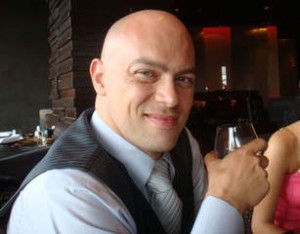